With false teachers working overtime, Paul had qualified men strategically placed within the churches to help promote sound doctrine. With properly qualified leaders, the church will thrive, and its members will grow in their faith. While this was very important, the other men and women had their own duties that they must perform, to assist the younger members in their midst. The younger are to submit to the older and be willing to listen. (1Pet 1:5) This list to the older men and women is given in Titus chapter two and expanded on in chapter three encouraging the believers to live a godly lifestyle by being subject to rulers, obedient in general, and to live at peace with all men. Paul reminds them that they were just like these false teachers at one time, until Jesus Christ saved them by his mercy, basically they need to live a godly life and avoid the false teachers’ controversies.

Older Men:
Most importantly these older men needed sound doctrine, because this was a command. Interestingly, these men are to have some of the same qualifications as an overseer or deacon. It is intending that all Christians need to have a high standard of godly living. The older is to beg the younger to think properly and urge him to do right. By example the older needs to show the younger how to live the Christian life. These are commands from Scripture that all older men should be doing.

Older Women
They are to have a holy behavior and way of life. Again, they should not live like the Devil by falsely accusing other people; they need to be free from wine, and to teach what is good. Their role is to encourage and teach the younger women to love their husbands and their children. Also they need to be taught to think properly. The younger needs to be taught how to be sensible good homemakers. For God’s glory, she should be able to place herself under the authority of her husband.

These commands should speak to most every one out there. There is usually always someone younger around you. I have taught similar lessons to teens and children: there is usually someone younger than you that you can teach and be an example for. Be on alert to the younger that is hanging around you and watching your every move. Be sure that you are walking close to Jesus, so when others follow, they will be led in the right direction.

Hebrews 13:7 Remember those who led you, who spoke the word of God to you; and considering the result of their conduct, imitate their faith. 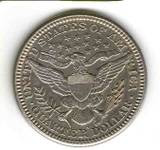 Today I had received a letter from Children’s Bible Hour Ministries. The letter read, “We recently received a short letter from one of our donors. Here is what it said: ‘This is some of what I have. Save it up and get something for the great ministry.’ Haley. Attached to that small note was 25 cents. It was all she had, and she had saved to send it to us. The postage cost her more than what she could send!”

Sometimes we can learn big lessons from small children. This child took what little she had and gave it to Jesus. What if we took all of our time, talents, and treasures and gave them to Jesus, think how He could use us greatly here on earth.
Luke 21:1-4 And Jesus looked up and saw the rich putting their gifts into the treasury. And He saw a poor widow putting in two small copper coins. And He said, “Truly I say to you, this poor widow put in more than all of them; for they all out of their surplus put into the offering; but she out of her poverty put in all that she had to live on.”